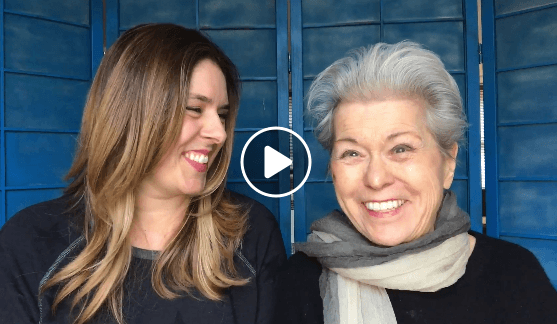 Talking about sexuality is not easy even for young people.
But as we get older (and this "older" is fluent), many people assume that it's kind of normal to have little or no sex.

Some months ago, I even read a thread in the context of partnership and spiritual development, in which someone commented that after all, people over the age of 60 who still care about sex and lust and passion and worry about their intensity, have not matured properly ,

Sexuality should have its place in every age. Living your own lust is not a privilege of youth.
Rather, people who have lived lust and love, but from an entire ocean of experiences and feelings draw.

Sexuality and lust make us tingle, vibrate, let us shine.
Take what you deserve dear women and men!

Dodson is one of the co-founders of sex-positive feminism after she saw traditional feminism as too banal and anti-sexual. In 2001, she criticized the vagina monologues of Eve Ensler as sexually restrictive and charged with prejudice against men.

In 1992, she completed her Ph. D. in Sexology at the Institute for the Advanced Study of Human Sexuality, but its degrees are not officially recognized.

She lives in New York City, where she runs a private practice. She calls herself bisexual.

... is a versatile person - always on the move, a researcher and traveler when it comes to movement and the heart. She can look deep into people's souls. Her qualification as a systemic couple and sex therapist is the basis for her therapeutic support for people in matters of the heart. Caprice is also the owner and director of the yoga studio monki yogaand she is trained in pain therapy and various massage techniques.

How can one learn to better withstand setbacks and defeats?

Erich Fromm: "The normals are the sick" (video)

Give us a call

New in the blog

By continuing to use the site, you agree to the use of cookies. additional Information